The challenges of going from startup to scaleup 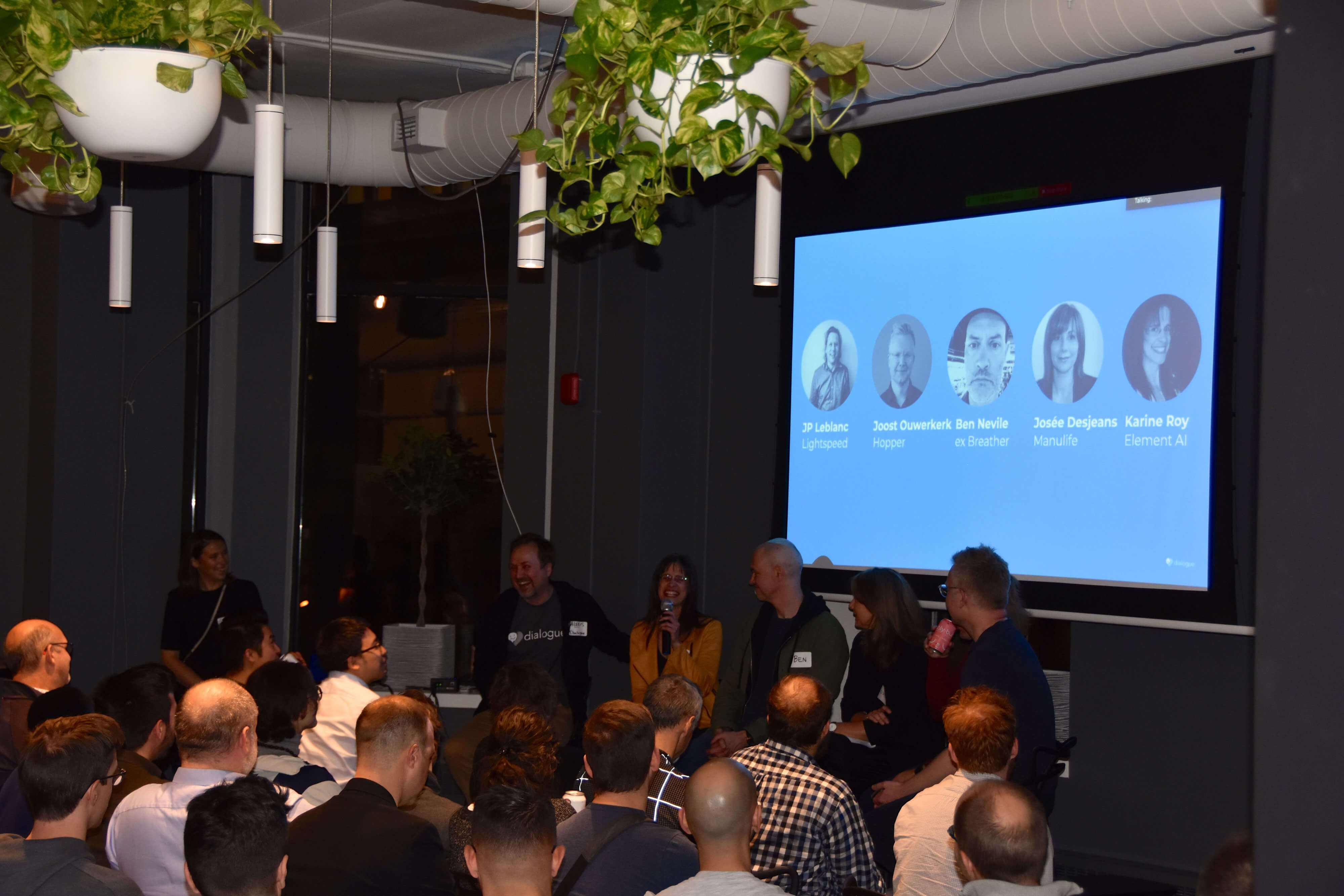 Dialogue CTO Alexis Smirnov organized and hosted a Meetup Event to glean some much-anticipated words of wisdom from an outstanding panel of technology executives. On hand to talk about the challenges of going from startup to scaleup in an engineering environment were:

When it comes to the ideal team size and structure for a scaling startup, there doesn’t seem to be a single winning recipe.

“In the many companies I’ve worked with,” says JP Leblanc, “I’ve had success with teams of various sizes – and I put that down to the individual humans involved. It’s really about transparency, and having the right people in the right roles.”

In terms of team mandates, meanwhile, though many startups will build around a specific location - or the end-to-end responsibility for a particular product, persona, or subsystem - directives work best for Hopper when they’re organized around an explicit business purpose.

“I start by asking myself what’s important to the company in this particular phase,” explains Joost Ouwerkerk, “then go on to figure out how we can align our engineering teams to fulfill that particular mission.”

No matter your current organizational design, you’re likely to find yourself running a re-org or two when going from startup to scaleup. And when that happens, Josée Desjeans advises that communication and the ability to pivot are key.

“One of our recent re-orgs was the result of a disconnect between architects and tech leads. Grouping them together not only helped keep the information flowing, it allowed decisions and new ideas to be reviewed more holistically.”

Of course, the more teams you utilize as you scale, the less control you should expect to maintain. Ouwerkerk says his company made several attempts to control what went on in each squad by funneling approvals through a central authority. But it just didn’t work structurally.

“When we finally took away any formal structure around horizontal consistency, we found a natural kind of structure emerged. Engineers all have certain affinities. And ours ended up forming their own special interest groups.”

Desjeans says her company measures client usage first, along with squad NPS at the end of each sprint goal. Karine Roy, on the other hand, relies on both strategic plans and functional plans that ripple down to agile, sprint-driven teams.

“We predominantly use sprint goals to measure progress, but learning from one another through regular fail sessions is another important part of our process.”

Performance measurement only gets tougher when engineering and business goals inevitably diverge. And with less and less connection between the two, Ben Nevile states how important it is for CTOs to facilitate objectives on both sides.

“You really have to use all your communication skills to impress business priorities on engineers, and explain to executives why engineers need the budgets they do. It’s about generating trust. But I also believe that using numbers to explain risk is a valuable tool for quantifying goals that would otherwise be unquantifiable.”

Why You May Need to Refine Your Decision-Making Approach

With hundreds of decisions needing to be made around tech debt, migrations, refactoring, and redesigns, it simply isn’t possible for any one team or person to oversee the entire system. Effective decision-making, then, must rest on effective delegation as a company grows.

“Scaling up is largely a lesson in letting go,” says Ouwerkerk. “Every increase in size or complexity requires you as an individual to focus more, and do less, relative to the company at large.”

Farming out decision-making, he admits, is always hardest on those who were there first.

“The smaller your company, the more roles you assume. Once you start scaling, however, you have to start giving those portfolios away. That’s a human challenge - and arguably the biggest one I’ve experienced in growing a company.”

Dealing with Culture and Value Shifts

It’s inevitable that the values established by a startup will shift and change as it grows - whether due to more voices or a different market reality.

And while that process should be organic and collaborative to a point, Ouwerkerk believes change ultimately needs to be a top-down decision since company values are what drive its success.

“When you’re small, culture is almost implicit and the working structure organic because everyone knows one another.”

As you scale, however – especially if it’s rapid – there will be more, sometimes remote relationships and that balance will be upset.

“The original culture may continue to evolve organically, but it also starts to take the form of multiple microcultures that aren’t necessarily aligned with each other or the company as a whole. We’re actually in the process of re-evaluating and refining our own mission, and that means we’re also figuring out what kind of culture we need to support it.”

As part of your shifting culture, decisions around specialized roles are yet another hurdle you’re likely to face when moving from startup to scaleup.

“One thing that’s helped me navigate the switch from a predominantly generalist environment to one that’s more specialized,” says Nevile, “is approaching every hiring decision with a clear picture of where that person will sit on the spectrum.”

Ideally, he adds, you should resist hiring specialists for as long as you can. “Holding off until you have a really specific problem that needs fixing will keep you flexible longer, making it easier to adapt to whatever your company needs.”

No matter your particular mix at the moment, every organization must address career paths and career-building at some point. And according to both Roy and Desjeans, that means going beyond both job titles and performance evaluations to discuss individual interests and provide learning opportunities.

“Even the largest organization must continue to redefine career paths and establish new career roles - especially as technology advances,” Desjeans says. “We provide training opportunities and self-learning resources specifically so that employees wanting to expand their roles can discover where their interests best align with the company.”

Expert Tip: Alexis Smirnov highly recommends checking out Will Larson’s “An Elegant Puzzle: Systems of Engineering Management” for more valuable information on topics like these.

Dialogue welcomes Tim Hodgson to its Board of Directors 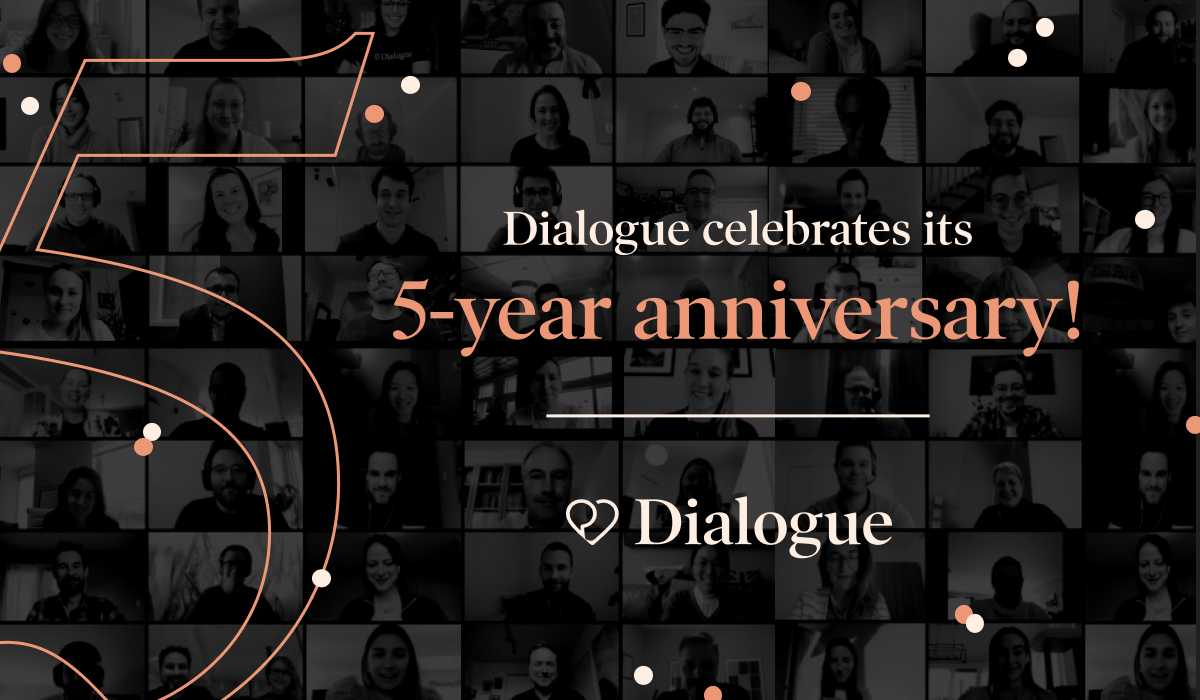 Dialogue celebrates its 5th anniversary: A look back at a special year 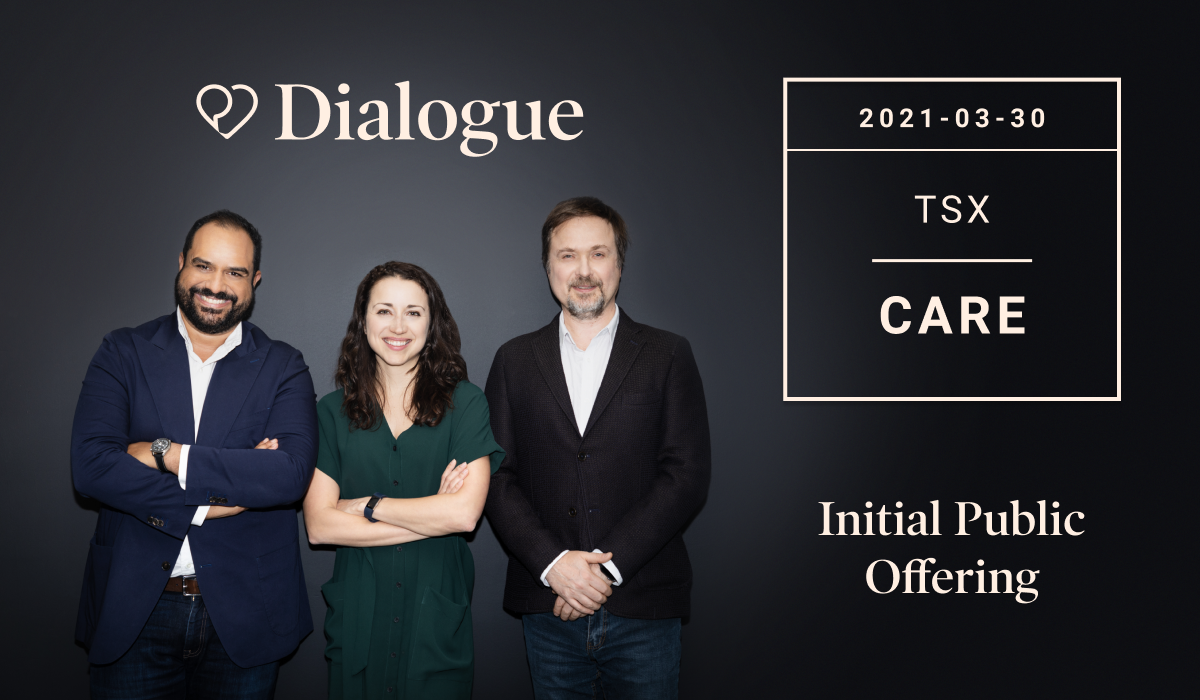